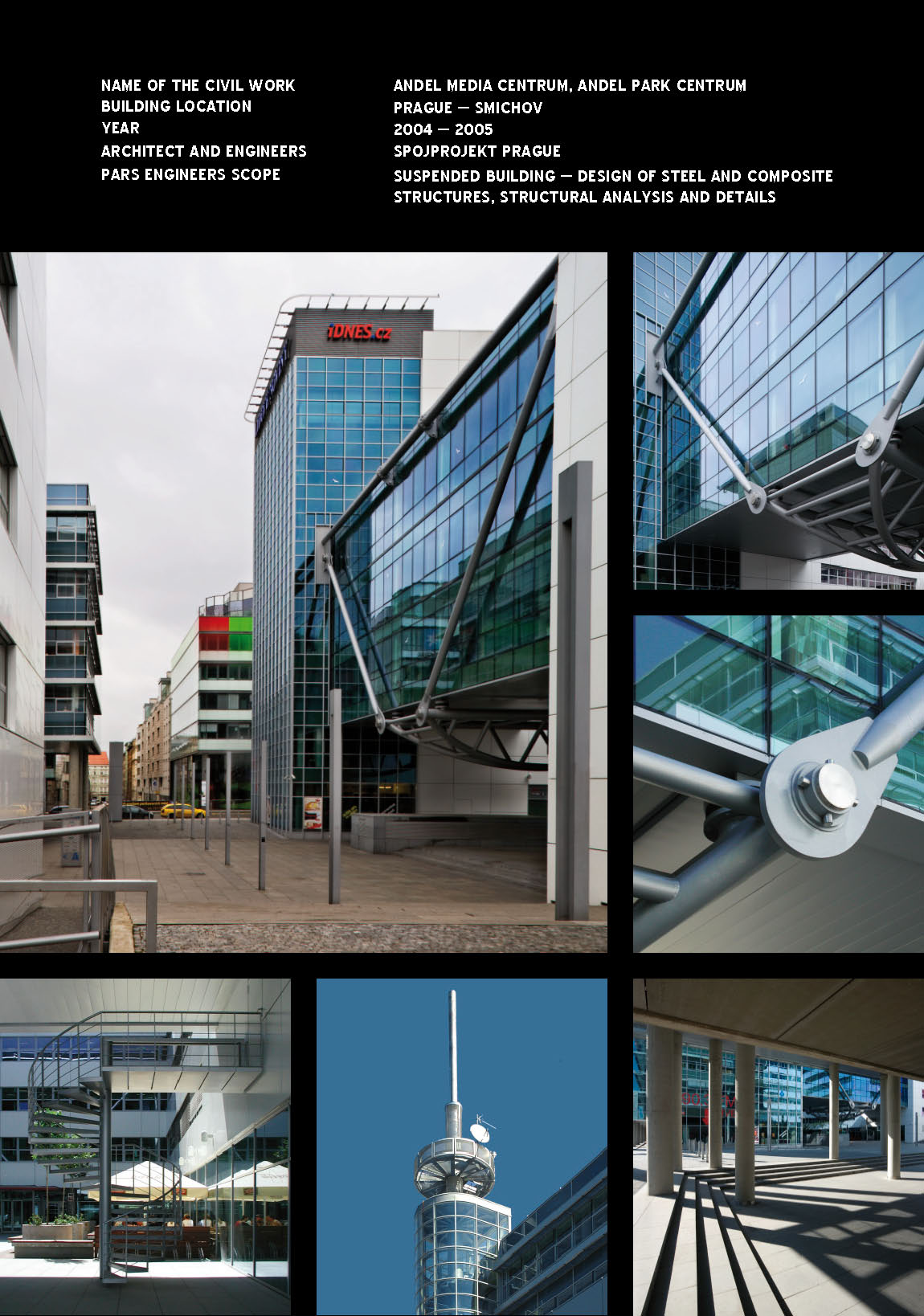 The complex of administrative buildings, erected at the Prague Smíchov quarter close to the Mrázovka tunnel outlet, was completed according to architect Václav Aulický‘s design for the needs of the Mafra Media Group. A complex of objects Anděl Park Smíchov with the dominating aerial is situated nearby.

A suspended side wing with its visible steel structure constitutes a specific, articulated structural element of the Anděl Media Centre. An arched frame structure suspended on massive rods supports the object in the middle of its span. The heavy trusses rest on the neighbouring objects. Individual levels consist of composite structures made of reinforced concrete. Rather peculiar was the utilization of bridge bearings to support the suspended bridge.